Restoration
Clean Up, Shore Up, Restore

A great deal of work lies ahead!

We're passionate about restoration of the Smyth County Octagon House for the purpose of preserving an important piece of Smyth County history as well as a unique representation of a very stylized form of architecture.  The home and the grounds will serve as a community gathering place, a depository of historical archives, and a community green space.

Many of the unique building features are still salvageable and for the areas where preservation is not an option the Foundation intends to attempt restoration in a manner that preserves the spirit of this once stately dwelling.

Send any inquiries that you may have to daorr15955@earthlink.net

After decades of deterioration much of the interior will have to be recreated rather than restored. . 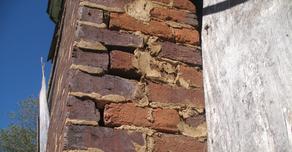 The Foundation Members are dedicated to preserving the Octagon House.

Abijah Thomas was born in 1814, married Priscilla Cavinette Scott, and began raising a family of  twelve children. He was a plantation owner and acquired his 400 acre home-place along with owning or controlling numerous other land holdings that numbered in the thousands of acres.

Plantation life was not his only interest and he established the Holston Woolen  Mills on a track of land approximately a mile west from his home along the South Fork of the Holston river. His water powered woolen mills became the nexus for a small town named Holston Mills and was the home to saw mills, a shirt factory, boarding houses, stores, post office, public and private schools, sidewalks and numerous homes.  South of Marion, Abijah established a pig iron furnace which reduced iron-ore to pig iron, a commodity that was in great demand  at that time. He also established a tannery and purchased a cotton mill in Alexandria, Virginia. All four industries helped
spur the growth of Smyth County and created an influence realized in the entire state as well as a presence in the Southern states.

Industry was scattered and not as well developed in the southern states, making Abijah's contributions even more impressive.  He would later be called the "foremost industrialist
of Smyth County", by Smyth County historian Goodridge Wilson.   Abijah wanted a home that was representative of his progressive ideas and his position in the community.

He was somehow introduced to Mr. Orson Fowler who was responsible for popularizing octagon home building with his book “The
Octagon House: A Home for All” in 1848. This mode of architecture was to remain an uncommon building style although there were reportedly several thousand built in the antebellum period. It was proposed by Mr. Fowler that the octagonal home would  be inexpensive, give excellent views from all sides and allow for better ventilation. Or as one other theory suggests, perhaps  Mr. Fowler simply wanted to contradict the ordered and disciplined Victorian society. 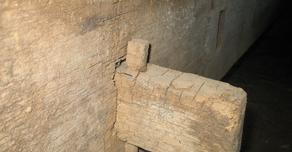 The long term goal of the Foundation is to restore this unique home and to preserve its historical and architectural integrity as much as possible given the degree of deterioration.

The octagonal design for buildings and homes is not a new concept. However, they gained popularity in the United States during the 1850’s. While there had been other examples of octagonal homes and buildings, such as Thomas Jefferson’s retreat “Poplar Forest” near Lynchburg, the mainstream fascination was spurred by a man named Orson Fowler. Although he was not formally school in architecture he proposed that homes be built in an octagonal shape to make the best use of space, light, and ventilation. He himself, built a large octagon house in Fishkill, New York. He also wrote and had published The Octagon House: A Home For All, or A New, Cheap, Convenient, and Superior Mode of Building in 1848. This publication became very popular, spurring the building of octagonal house throughout the country and Canada.

Octagonal houses were built in many different sizes and decoration. What has been determined is an octagon house contains more space than a square house with the same exterior perimeter dimensions. Many octagon houses also incorporated the most innovative of features for the time including furnace heat, indoor plumbing, speaking tubes, and the minimization of circulatory spaces such as grand staircases.

This particular house was an anomaly from its inception for several reasons. Architecturally, the Thomas octagon house is a hybrid of styles. Without question, the house is massive in scale and is the largest remaining octagon house in Virginia, enclosing nearly 6,000 square feet. While this may not seem to be a large amount of square footage in today’s housing market, imagine the time when most houses were small and only a few rooms. To give some perspective to its size, the first floor windows are nine feet, six inches in height and the dining room table sat twenty-four people with plenty of room to spare.

Additionally, this house was built during a turbulent time not only for the country but in architectural styles as well. Federal and Greek Revival, Italianate, Gothic and Victorian styles of building were all in vogue during the middle of the 19th century. This house incorporates several of these styles throughout. This would include the systematic octagonal room layout on the home’s first floor while incorporating a central hall floor plan on the second floor.

The structural construction was also a combination of styles. While the exterior walls were constructed using handmade brick, produced on site, the interior walls and support beams were pieced together in the mortise and tenon technology of ancient times. In keeping with Mr. Thomas’ industry, each joint was reinforced with iron straps which strengthened the structural integrity. Also, each of the six fireplaces were constructed with an iron insert to hold and radiate heat into the rooms. The layout of rooms also allowed for the use of the “modern” technology of heating stoves. In this home’s case, there were places for ten of these stoves.

The exterior featured small corbels on each corner, an early Victorian embellishment. However, the interior decoration features extensive faux marbleizing and graining including mantles, baseboards, stair risers, ceilings and walls. The parlor was decorated in blue and pink faux marbleized walls and a ceiling motif surrounded by a marbleized border. According to Mike Pulice of the Virginia Department of Historic Resources, the wall marbleizing in the parlor is extremely rare for this early time period in Virginia and was usually reserved for public buildings such as courthouses and churches. The parlor, when completed would have looked as if you were walking into a marble temple.

As it is reported that Mr. Thomas designed the houses’ plans himself, he must have liked all the features he incorporated into its construction. The use of both old and new building styles, combined with the newest building mode, has resulted in a treasure with many facets of us to enjoy.